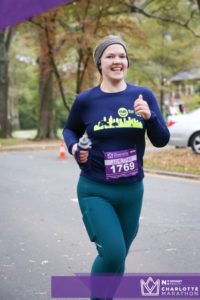 I spent most of my life morbidly obese, not athletic or interested in sports at all. After getting fed up with that lifestyle and losing almost half my body weight, I started running in 2017 because I had previously thought that it was “impossible” for me. I wanted to prove to myself that I could. My first 10K was in spring of 2018, and I thought I was finished with running, having accomplished a distance I previously thought impossible. In fall of 2018, I felt called to conquer another impossible distance.

I joined Run Far in winter/spring 2019 in order to prepare for my first half marathon. The first group run was my longest run ever. That Saturday, I was absolutely overwhelmed by the support and friendship I found with this group, and fell in love with running and the community. Over that season I developed the endurance and confidence not just to complete my goal half marathon, but to complete my first four in two months.

After my first season with Run Far, my mindset shifted. The miles and training could be challenging, and many days they pushed my limits, but they were no longer seen as “impossible”. I knew I was capable of more. With the help and encouragement of my Run Far friends and coaches, I completed the Charlotte Marathon in fall 2019.

As a coach, I look forward to helping other runners find their place and accomplish their goals, no matter how big or “impossible”. I believe in you. 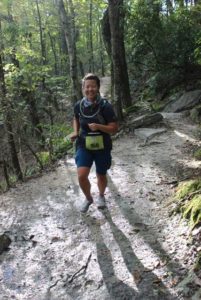 When I moved to Charlotte in 2014, I volunteered at the mile 16 water station of Thunder Road Marathon (now Charlotte Marathon). After seeing the runners and feeling the excitement of race day, I knew that I wanted to complete a marathon. I remember going for a run after volunteering and then researching training programs in the Charlotte area. I joined the Run Far program in January of 2015 and completed my first full in March of 2015.

I’ve continued to train with Run Far and could talk about running and races and trail running and ultras all day long! Running has brought so much happiness to my life that I want to share that joy with others. 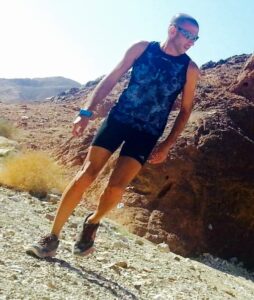 Moved from Israel to Florida 7 years ago.
Triathlon and running coach for the last 20 years.
Triathlete, marathon, and ultra marathon runner.
5 years marathon pacer for Adidas in Israel.
Many years of experience of training groups and individuals runners and triathletes for long and short distance. 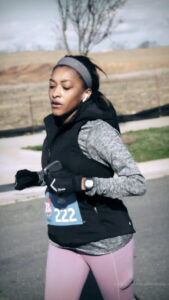 In 2015, I made the decision to begin eating healthier and consistently exercising. I enjoyed being active and met many friends in the fitness community. A few of the ladies at the gym I attended would run a few days a week and I would meet up with them, mostly to socialize. During this time, one of my closest friends asked me to run a 5K and the rest was history.

After running a few 5Ks and 10Ks, I joined Run Far in 2018 to train for my first half marathon (something I never thought I would do). I ran Rocktoberfest and Charlotte Marathon that season. Running with the Run Far team was a great experience, holding me accountable for Saturday long runs and providing a network of other runners with similar goals and interests. The next year (2019), I was determined to train for a marathon (again something I also thought I would never do) and ran the Marine Corps Marathon!

Running has allowed me to connect with some of the most incredible, ambitious and like-minded individuals. The demographics within the running community are infinite. From beginner, sprinters, ultra-marathoners, triathloners, and many more. Everyone is so motivating and inspiring! Being a part of the running community has allowed me to build relationships with people around the world while constantly reminding me why I first fell in love with the sport.

Now as a coach, I look forward to showing others this incredible journey. Helping them reach their goals while (literally) enjoying each step of the way!

Don't Be Shy. Get In Touch.

If you are interested in working together, send us an inquiry and we will get back to you as soon as we can!